Transform your passion into a profitable business--with the help of legendary entrepreneur, Judi Sheppard Missett, who turned an innovative idea into a $100 million global powerhouse.

In collaboration with AARP and the Newseum in Washington, D.C., BOOMERS 101 distills the top 101 people, places, and things that define the baby boom generation.

“[T]he novel’s greatest strength is its seamless portrayal of what this international chess game means for one man on the brink of losing everything.” ~ Booklist

LAY THAT TRUMPET IN OUR HANDS
"Reminiscent of To Kill A Mockingbird... McCarthy realistically portrays race in a small [Florida] town, showing how good people are tainted by generations of hate... a tale of growth and triumph." ~ Library Journal
TRUE FIRES
"In McCarthy's insightful, fervent second novel... flawless dialogue, warm characters and compassionate wit service a moving story about the powers of love and justice." ~ Publishers Weekly
Books@RandomHouse

Susan Carol McCarthy is the award-winning author of three acclaimed novels, LAY THAT TRUMPET IN OUR HANDS, TRUE FIRES, and A PLACE WE KNEW WELL, and two popular non-fiction books, BOOMERS 101: The Definitive Collection and BUILDING A BUSINESS WITH A BEAT, Leadership Lessons From Jazzercise. Her debut novel has been widely selected by libraries and universities for their One Book, One Community and Freshman Year Read programs, and incorporated into school curricula in 29 states and 6 countries. Although each of her novels was inspired by true historical events in her home state of Florida—a series of shocking race crimes, notoriously corrupt small-town politics, a week of military-imposed terror—McCarthy is best known for creating muscle-and-blood characters caught at the flashpoint between a larger political event and its intensely personal consequences. A Florida native, she lives and writes in Carlsbad, California.

Susan was born and raised in the rolling grovelands of pre-Disney Florida. The daughter of independent citrus growers, she recalls "picking fruit, packing bushel baskets and pouring fresh-squeezed orange juice for the tourists" beside busy Route 441.

A graduate of University of South Florida (BA in English Literature), McCarthy wrote advertising for newly-opened Walt Disney World in Orlando. Later, after successful stints at McCann Erickson Advertising in Atlanta and J. Walter Thompson in San Francisco, McCarthy married a Californian and settled in San Diego as a full-time freelancer.

In 1991, McCarthy's writing life took a dramatic turn. A batch of news clippings from the Orlando Sentinel and a startling letter from her father detailed a series of shocking race crimes that occurred in Florida in 1951-1952. (Records of an FBI investigation, a Grand Jury hearing, and KKK indictments had been sealed for 40 years.) Her father's account of his daring cooperation with the FBI became the basis for McCarthy's award-winning debut novel, Lay That Trumpet In Our Hands.

Her second novel, True Fires, was inspired by true events that occurred in Lake County, Florida in 1954. Kirkus Reviews called the book "a vivid portrait of mid-century corruption and of some brave enough to risk everything for justice."

Her third novel, A Place We Knew Well, draws on true events plus McCarthy's vivid childhood memories of what it was like to be in Orlando during the 1962 Cuban Missile Crisis. Winner of a 2016 Royal Palm Literary Award for Historical Fiction, A Place We Knew Well digs into the largely forgotten emotional repercussions of those 13 apocalyptic days on one ordinary Florida family and their community.

In a recent interview, McCarthy explained, "I'm drawn to the stories of ordinary people who, when backed into a moral corner, choose, often at great risk, to do the right thing. Where do they get such extraordinary courage? How do they achieve that level of grace?" 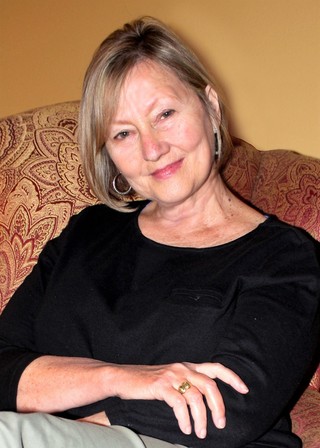 "I'm drawn to the stories of ordinary people who, when backed into a moral corner, choose, often at great risk, to do the right thing. Where do they get such extraordinary courage? How do they achieve that level of grace?"